The Helen Hunt plastic surgery rumor is not a new one. In 2009 the actress, Helen Hunt, was making headlines and for all the wrong reasons. A photo of the actress was circulating which made her look less than glamorous.

Then the 46 year old celebrity was photographed in a bikini looking like an old granny, causing many of her fans to scoff at the authenticity of the photograph. After all, the glamorous beauty that they had grown to love could never look like that! But could she?

Helen Hunt was born into a family of entertainers. Therefore, the pressure to succeed in showbiz was even more. Her father and uncle were directors, her mother a photographer and her maternal grandmother was a voice coach. The actress’ first claim to fame was when she was nine years old.

She made an appearance in the movie, Pioneer. She has since then made several film appearances including: As Good As It Gets, Twister, What Women Want, Pay it Forward and Cast Away. She is, however, more popularly known for her role in the sitcom, Mad About You. 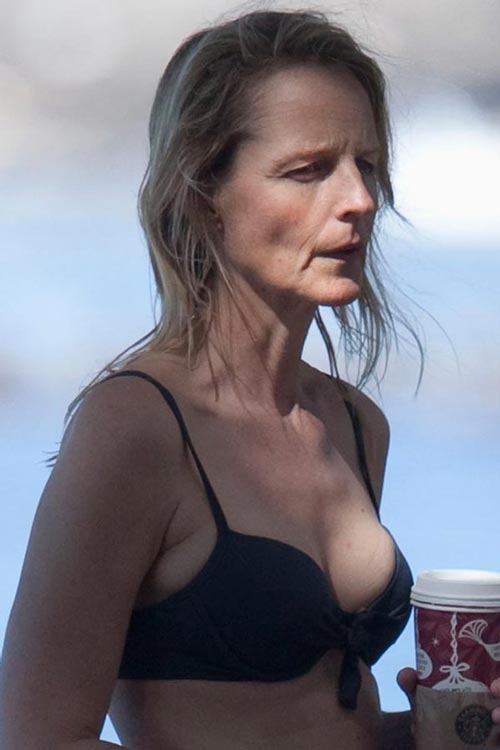 How do plastic surgery recipients look? They look young, fresh and vibrant, right? Well, if those are the characteristics of plastic surgery job, then the Helen Hunt plastic surgery rumors are false. The 2009 photograph of the actress made the then 46 year old actress look 20 years older. Critics said that hers was the case of a plastic surgery job gone awry. But instead of her face looking ” As Good As It Gets”, Helen’s face looked as bad as it got.

The rumors were that she had undergone numerous surgeries that took a toll on her face. The corners of her mouth was sagging with jowls and her neck looked older than the rest of her body. The truth is that Helen looked like a regular sixty odd year old that wasn’t taking care of her skin. After all, no star could look like that! Could they?

Fast forward four years later and Helen seemed to have a found a fountain of youth that she drinks from on a daily basis. The actress was photographed in 2013 attending the Palm Springs International Film Festival Awards looking younger than ever. In fact, she looked ten years younger than her actual age. Rumors are that the star had undergone face lift, neck lift and a combination of botox treatments. Whoever did the work on Helen’s face, certainly did a great job of reconstructing the mishap that she once had. 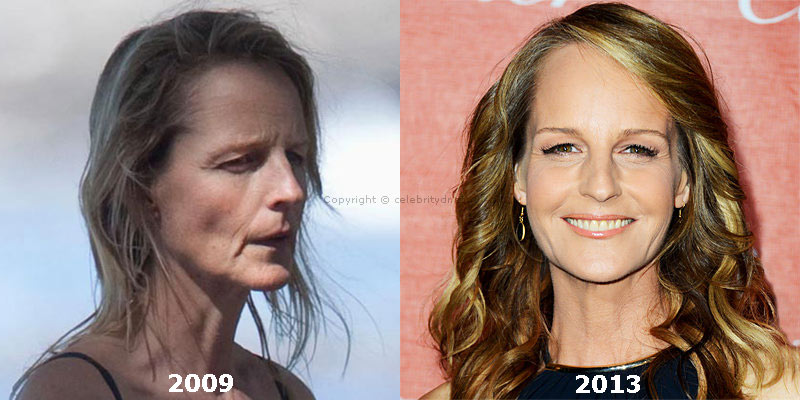 Helen Hunt before and after plastic surgery

Today, Helen looks like the beautiful vision, we know that she really is. In hindsight, the 2009 photograph really seemed to be a hoax. The once sagging jowls at the corners of her mouth are no where to be seen and the sagging skin on her neck seemingly disappeared. Though she sports a few wrinkles close to her eyes, they look nowhere as bad as those in the 2009 photograph.

Although, the Helen Hunt Plastic surgery rumors have not been confirmed, you don’t need to be a plastic surgeon to see that Helen has been under the knife. Thank goodness, the last surgeon did a great job!